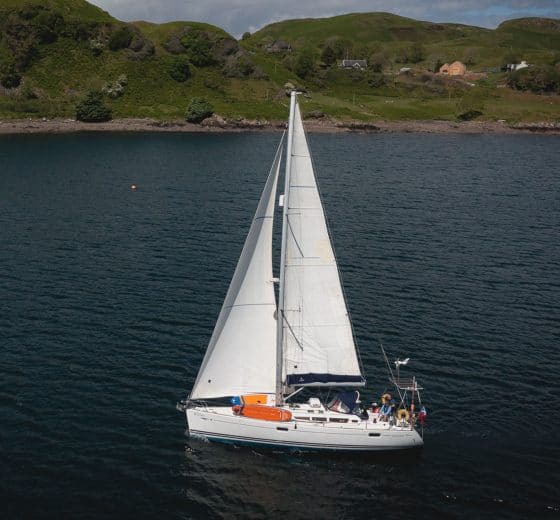 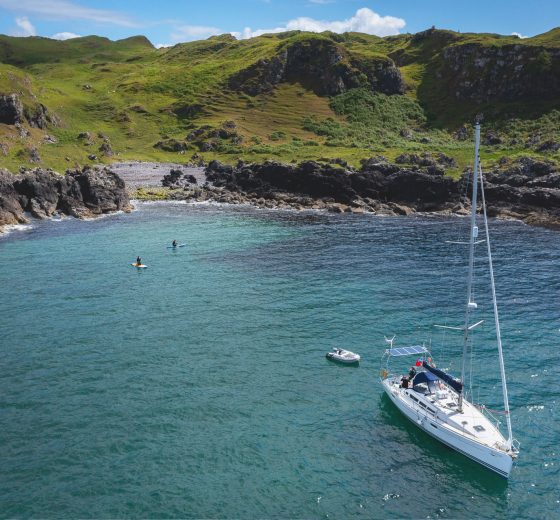 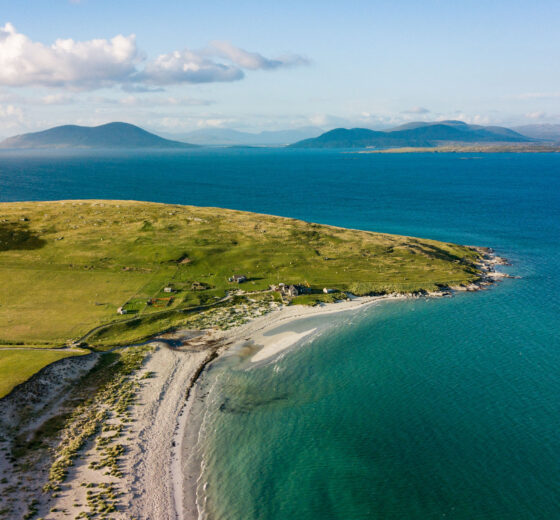 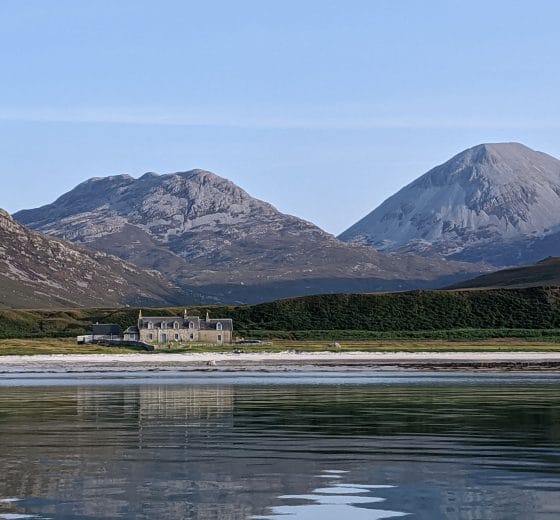 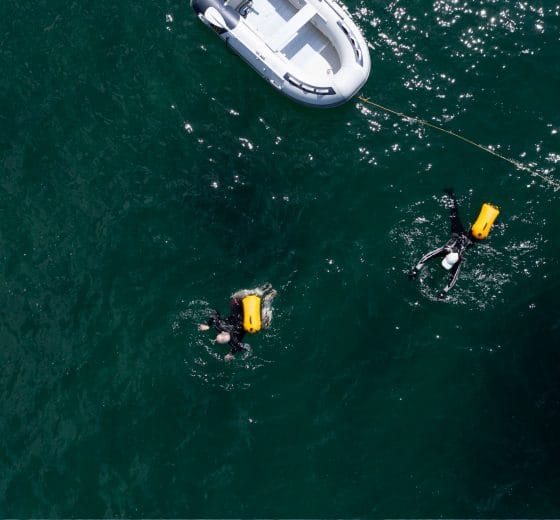 Sailing Skye and the Small Isles

Discover Skye and the Small Isles with a sailing holiday on modern yacht Stravaigin.

Begin your adventure sailing holiday in the Scottish harbour town of Mallaig before setting the sails to explore the island of Skye and the surrounding Small Isles.

Stravaigin is a great yacht to learn the ropes and is perfect for beginners or those looking to improve their sailing skills. Skipper John lives on the West coast of Scotland and has been sailing these waters for many years, so he knows all the best remote anchorages and wildlife watching spots.

The coasts and islands that make up the Hebrides on the West Coast of Scotland offer so much variation for ours boats and guests, you will quickly see why our guests return year on year. From remote anchorages on uninhabited islands with miles of onshore exploration to be had to open water sheltered sailing between islands, there really is something for everyone.

The main focus of this Hebridean sailing adventure is to explore the coastline along the Isle of Skye and the archipelago of the Small Isles. Once you have boarded, your skipper will have the latest weather forecast and will have a better idea of what you can expect from your holiday. Stravaigin’s owner and skipper John has lived and sailed in the Hebrides for a number of years so he certainly knows all the best spots off the beaten track.

SKYE AND THE SMALL ISLES

The Isle of Skye is an adventure travellers dream. With the Cuillins mountain range lines the horizon giving way to magnificent sea lochs, remote anchorages, stunning sunsets and plenty of wildlife watching opportunities – there certainly is something for everyone.

The Small Isles are made up of four main islands; Rum, Eigg, Canna and Muck and each certainly has its own personality and story to tell. All come with a multitude of remote anchorages and opportunities to explore the shorelines or walk into the hills for more breathtaking viewpoints and an abundance of wildlife watching.

Discover the sweet island of Canna where you anchor up and explore ashore with the resident puffin colony. These birds are fascinating to watch and it’s amazing how close you can get without alarming them.

Rum is a National Nature Reserve and is the largest island, home to the architecturally remarkable and now deserted Kinloch Castle. The island’s most famous residents are sea eagles (re-introduced in the 1980s), red deer and the hardy Rum ponies. There is plenty of exploring to be had on the Isle of Rum, taking in the stunning mountain and coastal scenery.

Eigg is by far one of the most recognisable of the Small Isles with it’s distinctive ridge named the Sgùrr of Eigg. For those that like a good day of walking, the climb to the top of the ridge offers fantastic views over the Small Isles and across to Skye. Not only is it a favourite for the birdwatchers, with over 200 species spotted, but also with no light pollution the stargazing at night is truly spectacular.

Wildlife watching in the Hebrides is a real treat with sightings of seabirds such as Black Guillemots seen in their hundreds while white-tailed eagles soar along the rugged coastline. Sailing with Stravaigin is often rewarded with widespread sightings of birds of prey like Buzzards, Kestrels, Sparrowhawks and Peregrines. The sound of the seabird colonies is magnificently overwhelming, with the call of seabird colonies, Puffins, Guillemots & Razorbills, echoing off the cliffs.

Common, Bottlenose and Whitebeak Dolphins are frequent swimmers in the wake of the boats bow and if you’re lucky, you might even spot a Minke or Humpback Whale too.

All voyages for Stravaigin

Stravaigin is a 42’ i-Sun Odyssey offering guests comfort while sailing with style. Owned and skippered by a Scottish family, Stravaigin offers guests sailing holidays on Scotland’s west coast in some of the best cruising grounds the Hebrides has to offer.

Stravaigin is an old Scots word meaning “to wander with no particular intent”.  Stravaigin’s owners say that this encapsulates their ethos of immersive adventures, exploring and discovering new landscapes, experiences, foods, cultures while creating meaningful experiences and memories that will last forever.

Below decks, Stravaigin has been well considered and laid out for guests optimum comfort. The bright and airy saloon with a large table and TV screen sits next to the generous L-shaped galley where guests can enjoy local cuisine and home-cooked meals. She has three private double berth cabins with one ensuite. Two of the double berth cabins can be separated with a lee-cloth for friends or comfortable solo travellers and both bathrooms have a shower.

Stravaigin has a modern Bermudan sloop rig with winches and full navigation systems. If you have never sailed before and are looking to learn the ropes, Stravaigin’s crew love to teach guests and get them involved with all aspects of sailing. Alternatively, she can be sailed single-handedly so if you’re after a relaxing sailing holiday soaking in the sights and delights of Scotland and the Hebrides, then that’s fine too!

Sailing holidays on Stravaigin vary from day sails in the inner Hebrides to week-long sailing adventures exploring the West coast of Scotland. Perfect for solo travellers, couples or families looking for private charters.

Wherever you end up with Stravaigin, it will certainly be an adventure to remember and with her owner and skipper born and bred in Scotland, you’re in the best hands to discover all the secret spots. John knows the best trails and as you board Stravaigin, he will be able to give you a rough idea of the itinerary and what can be achieved over the week.

Stravaigin requires no previous sailing experience so you can sit back and enjoy the views although the crew are more than happy to show you the ropes and even give you the helm if you’d like! She’s a great boat to learn how to sail, with a modern winch system and simple gaff rig.

Stravaigin is fitted with private double cabins, a spacious saloon area and outdoor eating cockpit perfect for those summer evenings. Each day guests enjoy delicious locally sourced food as John whips up a feast in the galley of fresh seafood, organic meats and veggies from local islands, not to mention cakes and bread from the Solace Bakery. You’ll be well-fed and all your hot drinks and meals are included in the ticket price.

Skipper John is also a trained snorkel instructor so if guests want to experience some truly refreshing wild swimming in Scotland, then do let him know as you board. There are also two paddle-boards available for guests to use and discover the nooks and crannies of this fascinating coastline. Wetsuits are not available on-board so please bring your own if you would like. There are waterproofs available to hire, please let us know at the time of booking.

Mallaig offers limited long stay parking in a car park to the left on the Train Station as you drive into Mallaig. Alternatively try another long stay spot at 24 East Bay, Mallaig.

You can travel by rail overnight on the Caledonian Sleeper from London Euston to Fort William. Once in Fort William you can take The Jacobite Steam Train or the electric train direct to Mallaig. Mallaig station is then only a 5-10 minute walk to the harbour pontoons.

Glasgow or Edinburgh Airport are best placed for access to Mallaig. From either of them take a train onto For William and then onto Mallaig which takes approximately 2-3hours. There are good links direct from the airport to the train and bus terminals for onward travel to Fort William.

There are plenty of places to stay in Mallaig. Try Chlachain Inn, Seaview Guesthouse or West Highland Hotel. 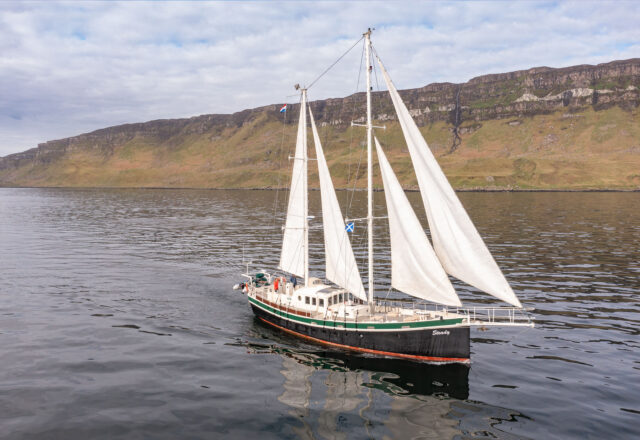 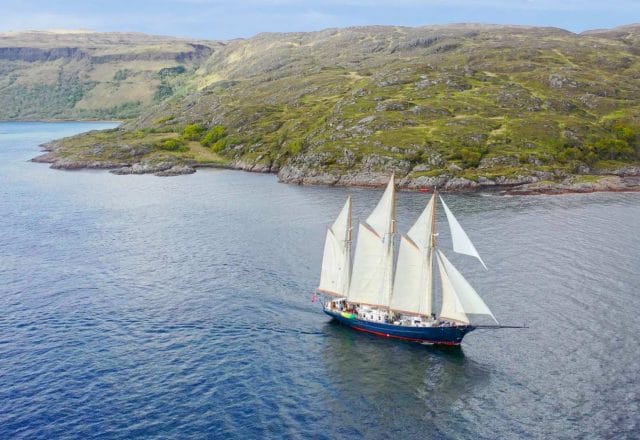 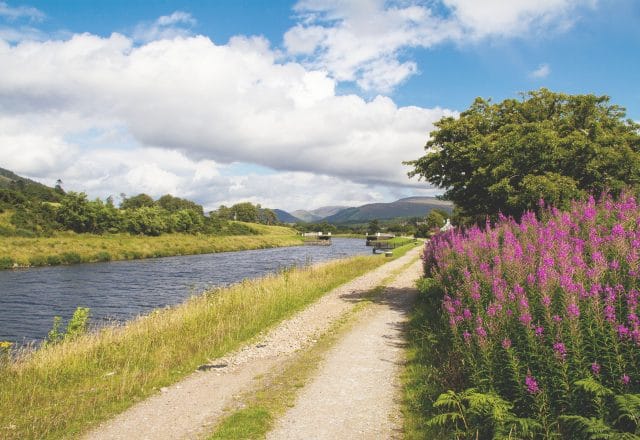 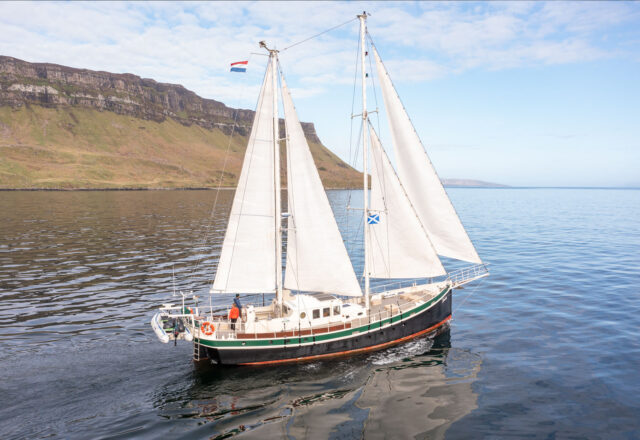 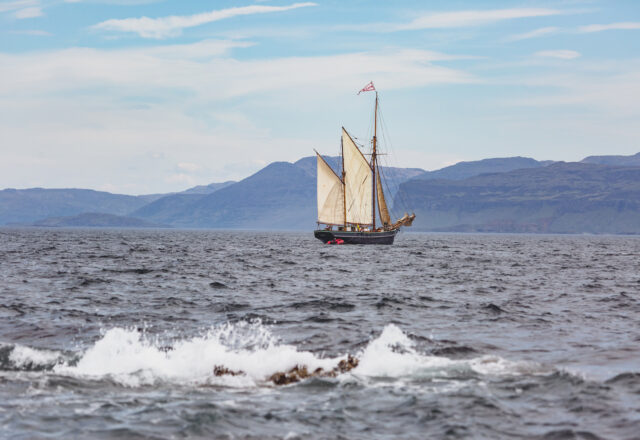 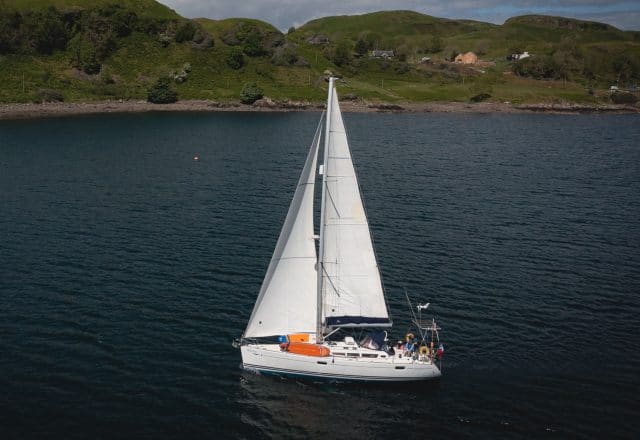 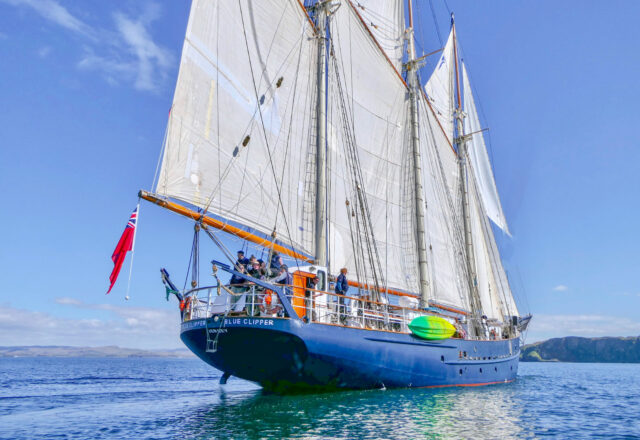 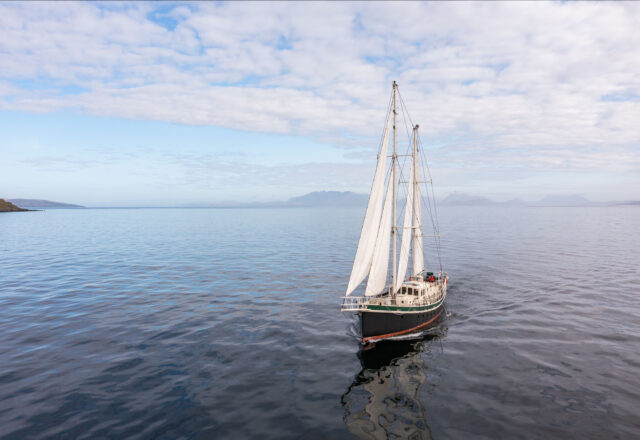 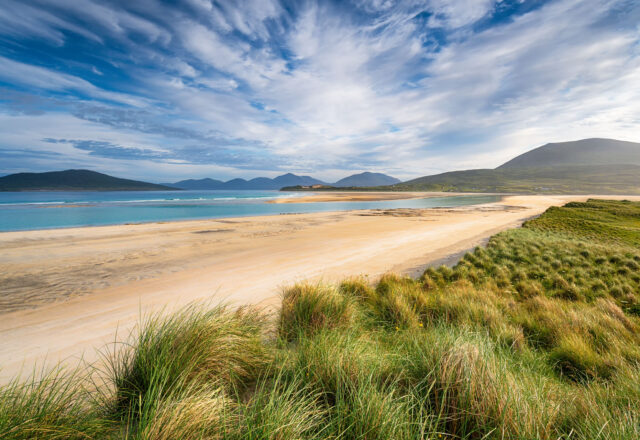 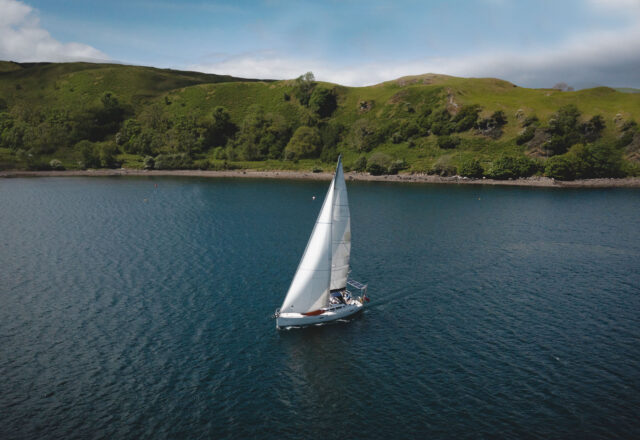 Easter Weekend Sailing in the Hebrides 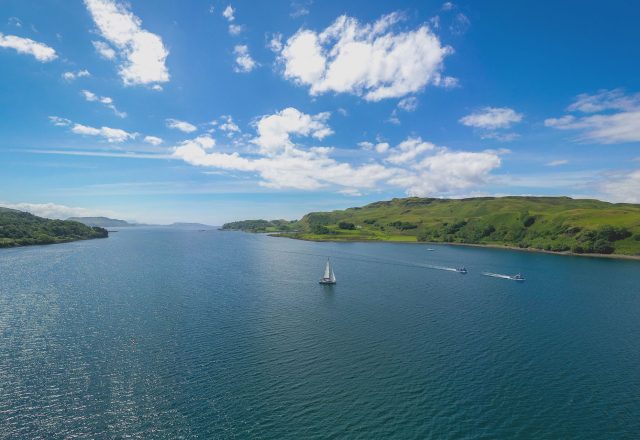 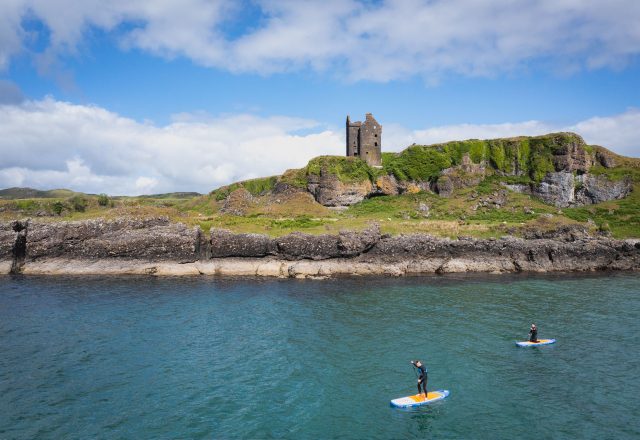 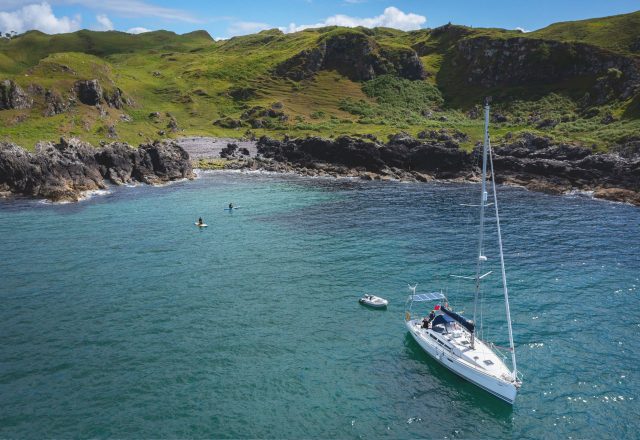 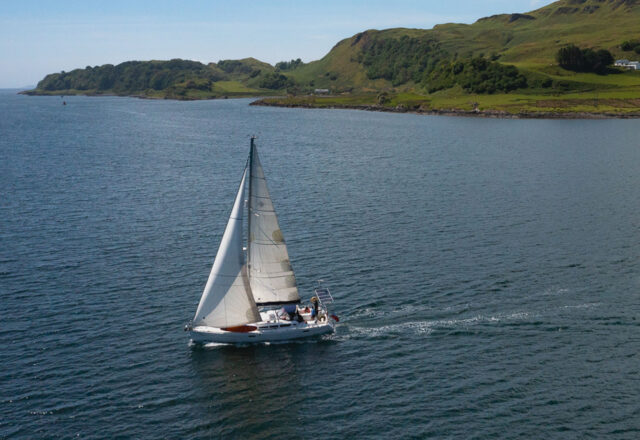 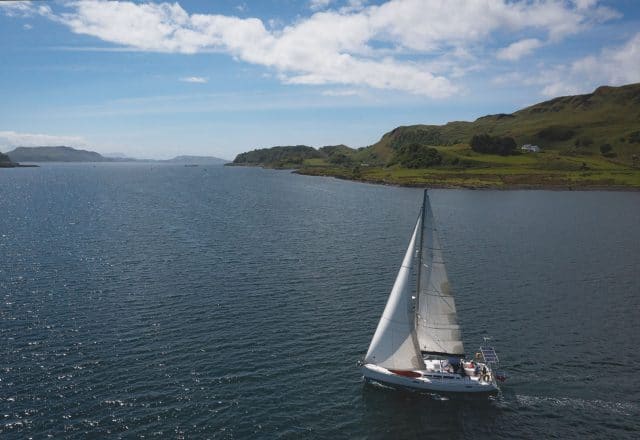 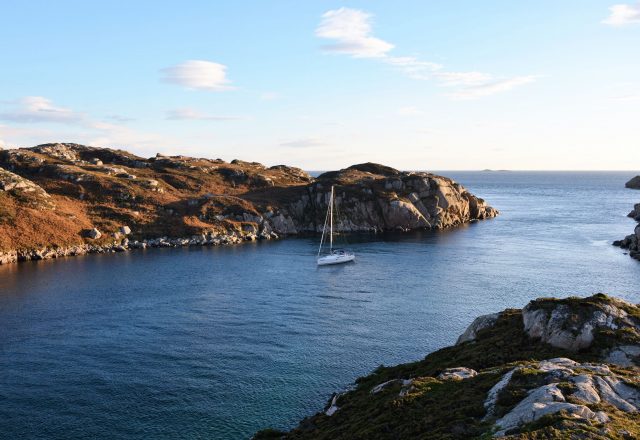 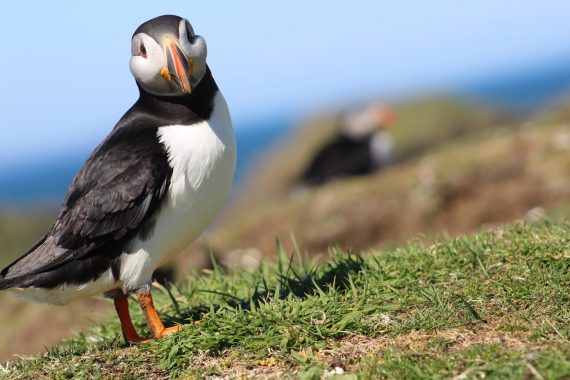 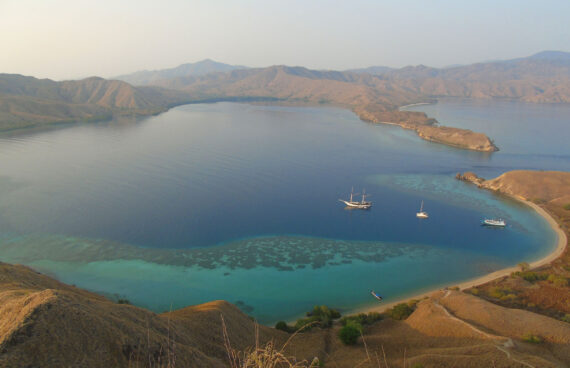 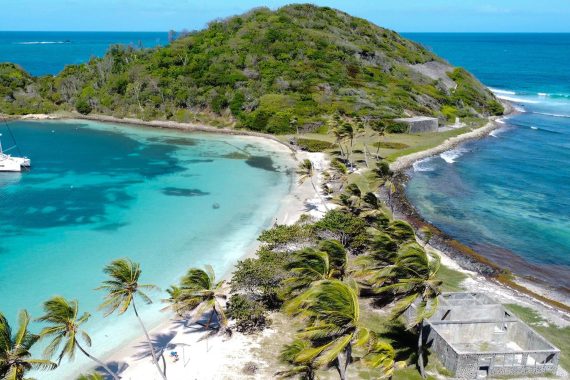 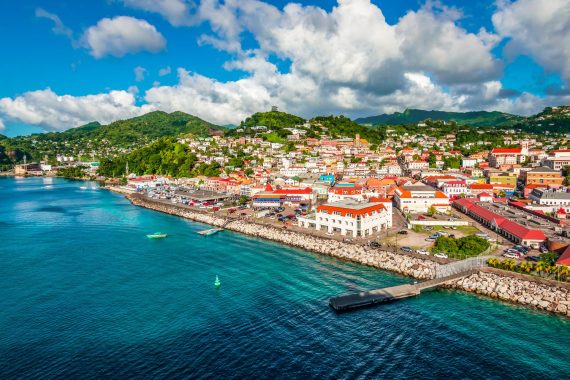