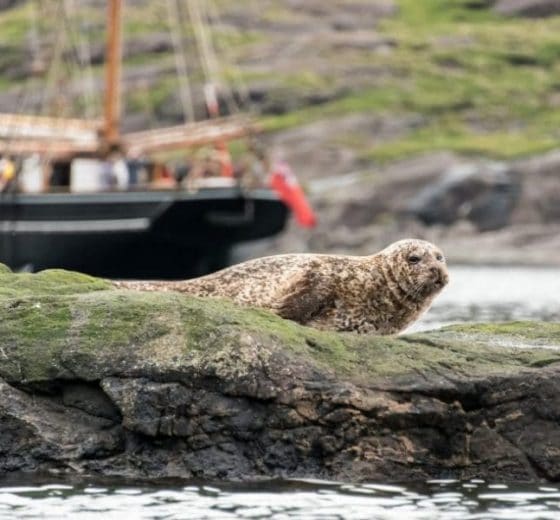 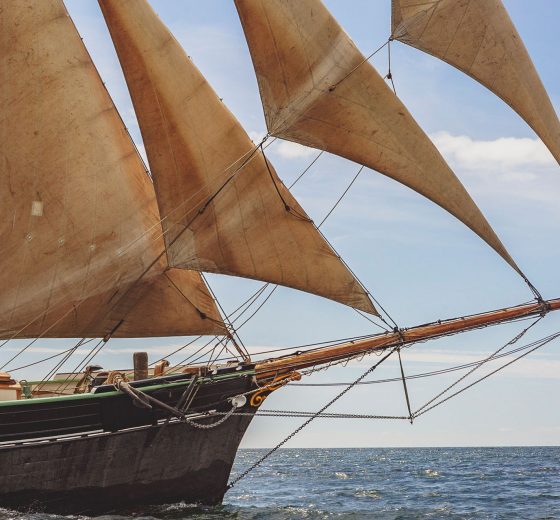 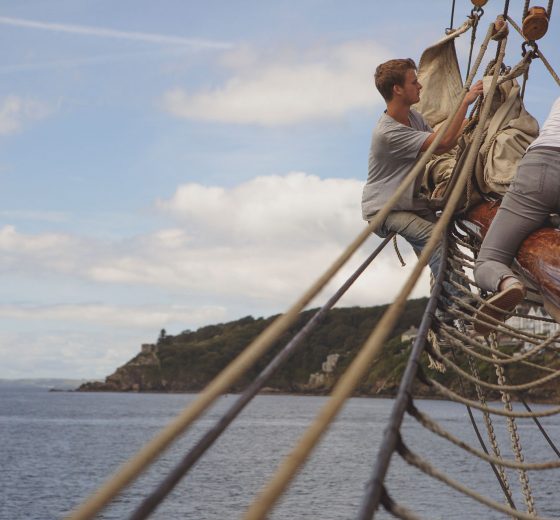 Bessie Ellen started life out in Plymouth, England, being built in 1904 by William Kelly, and is now one of the last remaining trading ketches in the West Country, where there was once a fleet of almost 700.

In 1906, she was bought by Captain John Chichester, from Devon, who gave the ship her name after his two daughters, Bessie and Ellen. He brought her into work properly as a cargo ship, carrying clay, peat, salt, and coal after being fitted with a small paraffin engine in 1916.

By World War II, wind power was slowly but surely being overtaken by engine power, and many ships like Bessie Ellen were made redundant and left to ruin during the war, becoming irreparable by the end of it. However, thankfully Mrs Chichester was able to continue to find work for Bessie, which allowed her to keep trading until 1947.

In 1947, she was sold to a Danish buyer, Captain Christian Moller, and renamed Forsoget (which translates to Endeavour in English) for her new life in the scrap iron trade in Denmark. Moller fitted Bessie with a large, single-cylinder engine, and she traded until the late 1970s when he decided to retire her, before selling her on to Ole Pietersen, who began converting her back to a sailing ketch. However, unfortunately Pietersen could not complete the project, and Bessie Ellen sat in Svendborg, Denmark, for around 20 years before Cornish tall ship sailor and current skipper, Nikki Alford, bought her in 2000 and brought her back to the South West of England. Nikki changed her name back to Bessie Ellen, and gave her a new home in the beautiful port of Fowey, Cornwall, where, in 2003, after being given a new lease of life, Bessie Ellen started her new work as a charter ship. 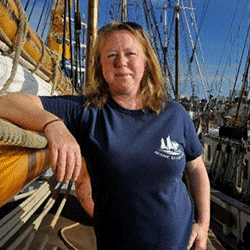 Nikki, owner and skipper has proudly taken care of the magnificent Bessie Ellen since 2000. She provides a strong, skilled leadership and will make even the newest of sailors feel at home on the ship. 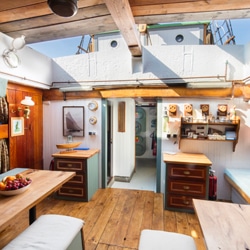 Life on board Bessie Ellen is as you make it. Whether you want to relax and watch for wildlife, or get stuck in with either honing your skills or learning the ropes, it is entirely up to you. 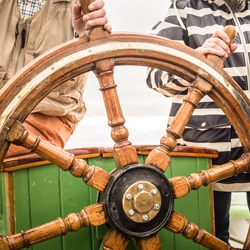 Bessie Ellen started life out in Plymouth, England, and is now one of the last remaining trading ketches in the West Country, where there was once a fleet of almost 700.