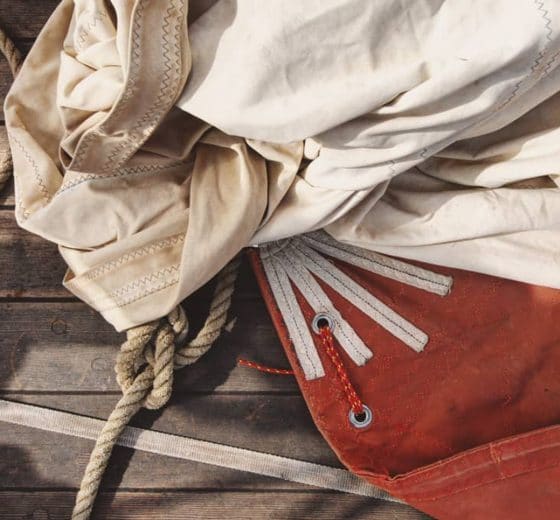 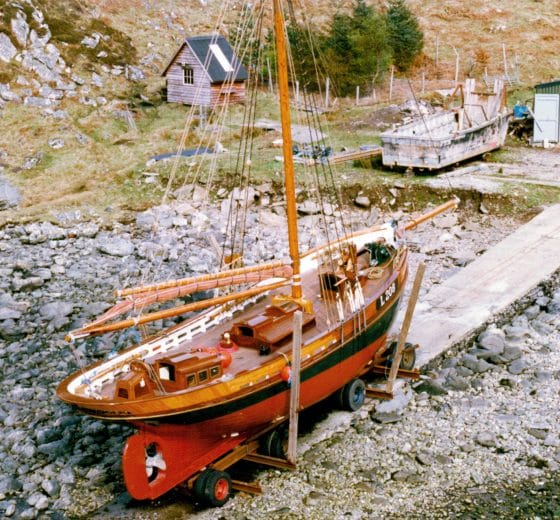 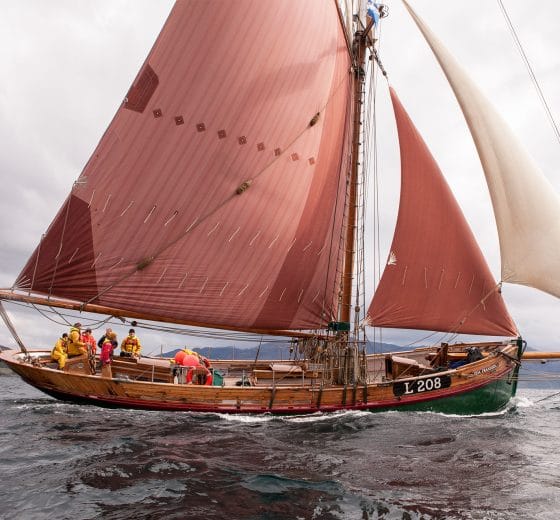 From fishing trawler to charter vessel, Eda Frandsen has many stories to tell.

Having been constructed in 1938 at a shipyard in Grenå as a Cod-fishing vessel, Eda Frandsen worked year-round in the harsh climates of the North sea for many years, until one December day in 1992, when Alan and Jamie Robertson happened upon her in the corner of an old shipyard.

As a Hajkotter fishing trawler, she had worked for most of her life, earning a good living for the people who owned her, this success is perhaps what enabled her to dodge the fate that faced many of her kind as they were decommissioned and cut up around the late 1980’s when more modern steel vessels took over.

Lying abandoned and stripped of her fishing gear, Eda’s beautiful lines attracted the attention of Alan and Jamie who had travelled from their home in Scotland to Denmark in search of a sturdy vessel to restore in order to take people sailing around their home waters off the West Coast of Scotland.

Having arrived to find the boat they had been hoping to buy had already been chopped into firewood, they were directed to “Eda- L208” as she was next in line. Despite her condition it must have been love at first sight as Alan and Jamie saw nothing for it but to attach an old tractor cab to her empty shell and motor her back across the North Sea, in a gale. With only basic navigation equipment and barely a dry place to rest, they arrived back to their home on the remote peninsula of Knoydart having survived a terrific December snowstorm in which many fishing trawlers we lost.

This wild adventure helped to cast in stone their trust in the vessel’s capabilities and it was this trust that gave them the drive and determination to overcome the challenges they were yet to face. Having been restored over 3 years in the small community of Doune, where all supplies had to be brought in by sea and everything that could, was to be built from scratch. One fateful night as she was very nearly ready to be launched, a fire broke out leaving Eda burnt nearly to the ground. She was then resurrected over a further 2 years, finally being relaunched in 1996 as the strong and sea-worthy sailing boat we see today. 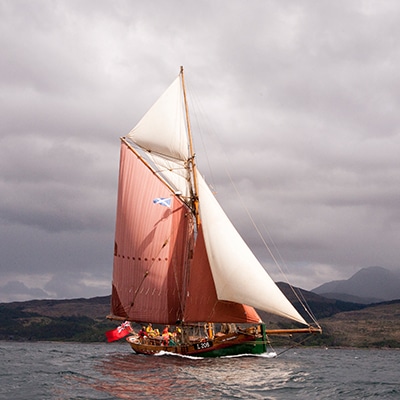 Stella and Mungo are the proud new owners and skippers of Eda Frandsen. 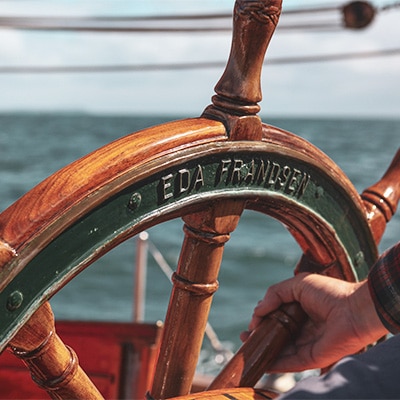 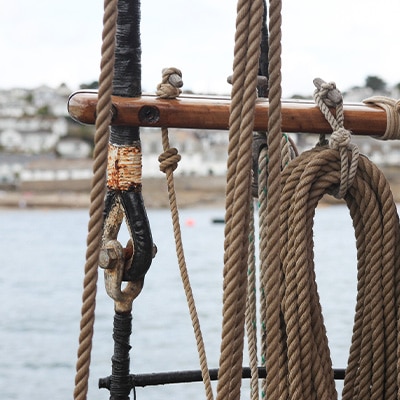 Built-in 1938, Eda Frandsen has been beautifully maintained over the years and still sails in UK waters.