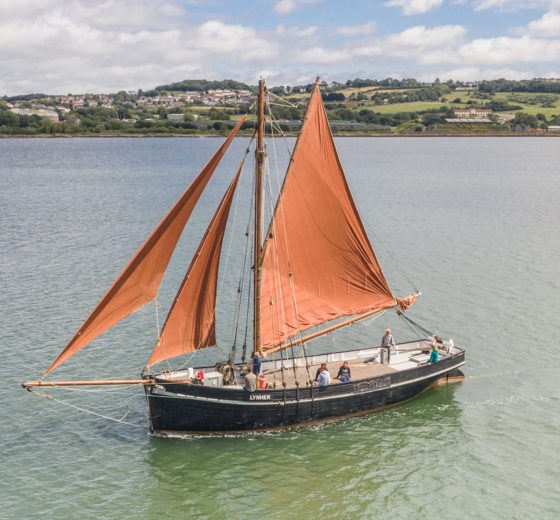 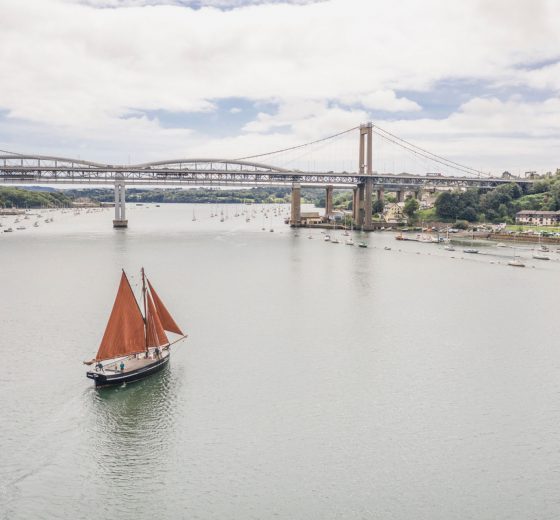 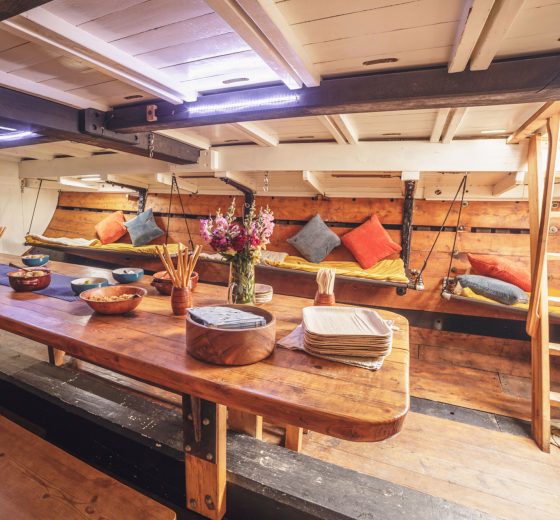 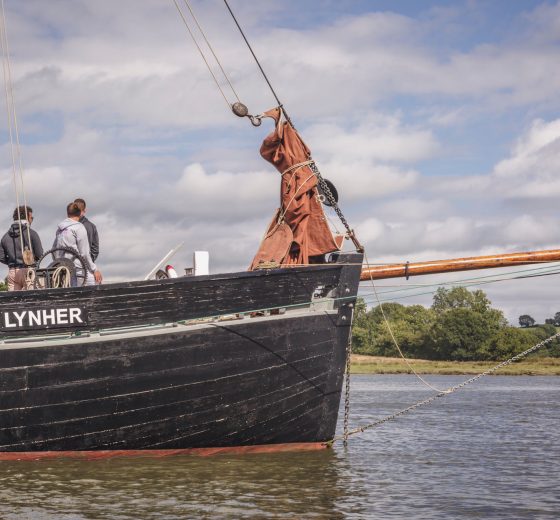 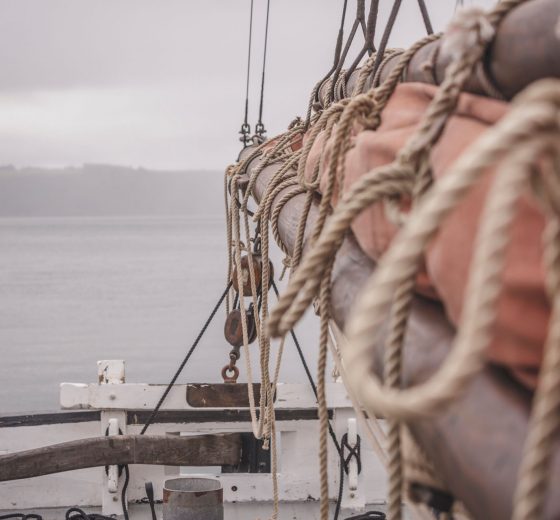 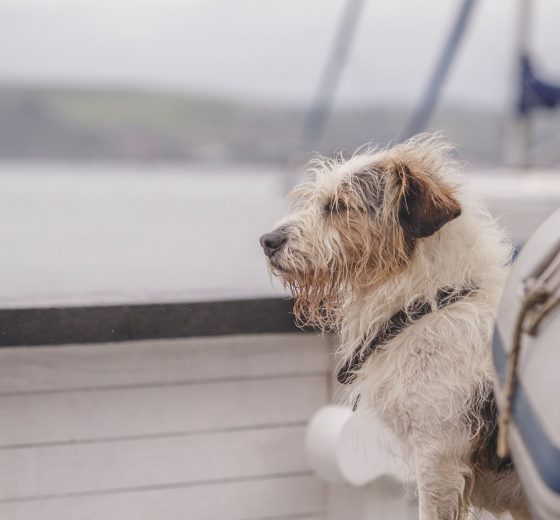 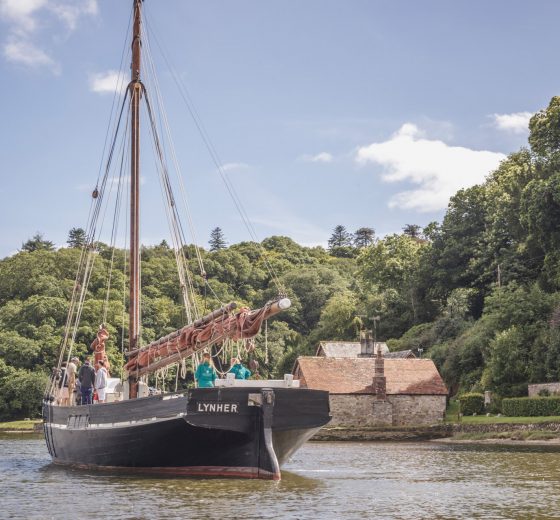 Saved from the mud in the early 90's, Lynher has been lovingly restored to sail the riverways that define the borders of Devon and Cornwall once again.

Lynher was built to serve the river Tiddy, a small tributary of the River Lynher in Cornwall, so her size is typical of an inland barge, measuring just over 50 ft overall.

Lynher’s hull shape has no frills. She is exactly as when James Goss built her in 1896, a functional hull that can move 60 tonnes of cargo through the waterways. Built without an engine, her mast is well forward to allow for an ample mainsail area, her boom protruding off the transom  The mainsail acted as an engine and had to be powerful enough to operate in calm areas upriver and versatile in all-weather options. A gaff rig provides these features which we still use today, although she does have an engine now!

Her deck is flush and remains open so there’s plenty of space to sit back and watch the world go by.

To ensure an authentic experience, below decks, has remained extremely simple, the cargo hold is just as it was over a hundred years ago. The only difference now is that there is no cargo thus allowing for ample space to sail together as a group. Pipe cots have been strung either side of the hold and a galley is set in a recess by the mast.

She spends her summers offering short breaks and river sailing holidays along the river Tamar, the border between Devon and Cornwall. 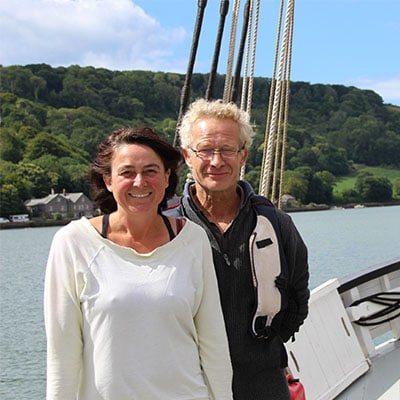 Owners and skippers with a passion for historic vessels. 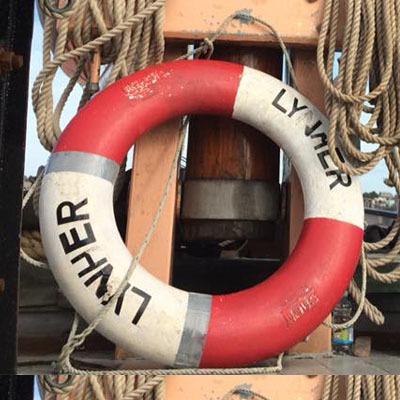 An authentic taste of traditional barge sailing and river exploration. 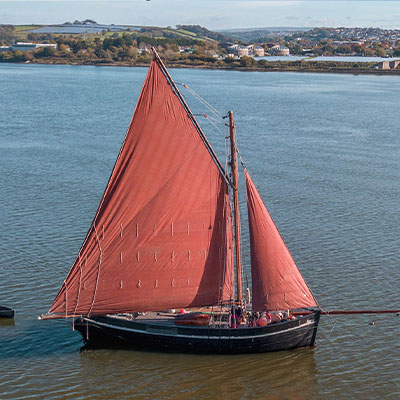 Pulled from the mud, Lynher has been lovingly restored to her former glory. 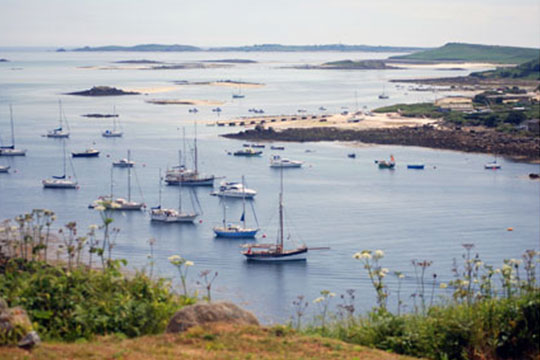 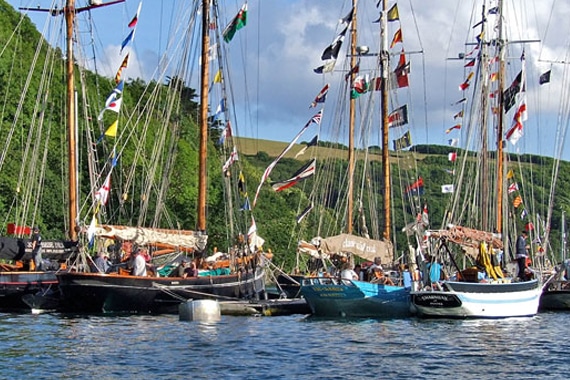