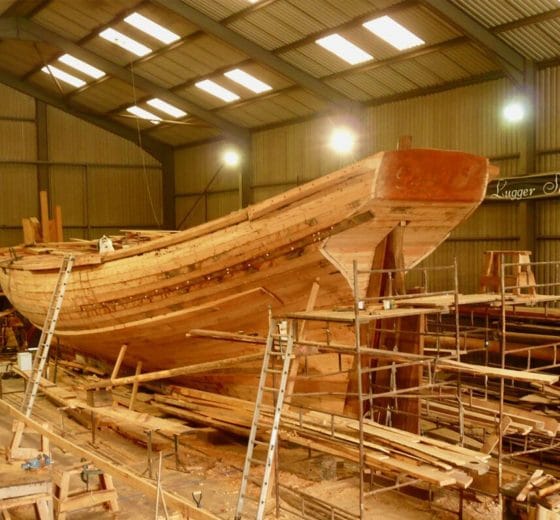 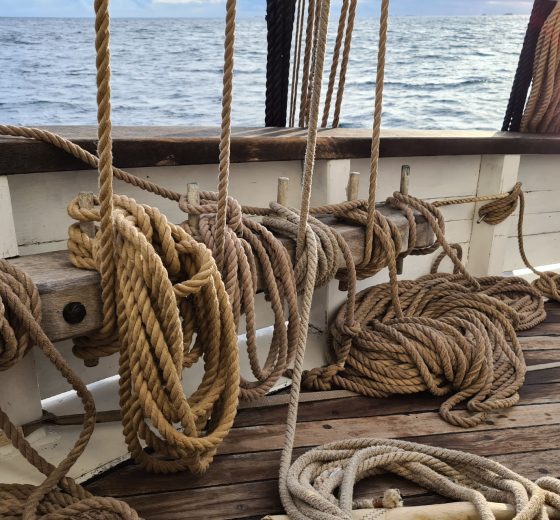 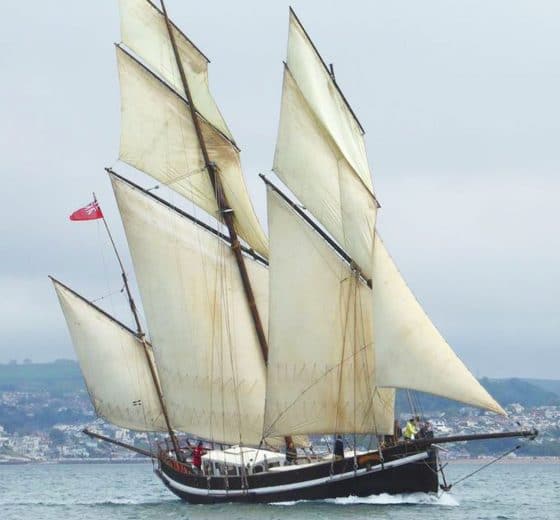 Based on a 1776 replica Customs Lugger, Grayhound was built from 2010 using traditional boat building techniques.

In 2010, Freya and Marcus Pomeroy-Rowden decided to build an English version of a three-masted lugger, something that hadn’t been done in 200 years. The well respected boat builder, Chris Rees, brought the plans of the 1776 Revenue Lugger Grayhound to the table, and also agreed to take on the design and head the build.

In December 2010 Marcus started to fell oak trees from his mum’s fields in Cornwall. Fairlie Restorations fed Chris Rees’ plans into their computer and produced the structural assessments, stability information and framing patterns.

April 2011 saw tonnes of wood delivered and processed in Chris Rees’ yard in Millbrook. By August the boat was in piles, like a massive jigsaw puzzle, ready to be constructed in Shed 1 at Voyager Boatyard in Millbrook.

Six shipwrights gathered, including Marcus and an apprentice from the village and the construction of Grayhound quickly took shape. She had a keel-laying party where a lot of people came to celebrate her conception and toast the newly laid keel and frames.

Planking started in September 2011 and ended in February 2012. The planking was fastened with wooden pegs known as treenails, trenails or trunnels. For generations, shipbuilding used treenails as a standard way to bind the boat together, now it’s a method that is long out of fashion but using them still has huge advantages. The life expectancy for treenail fastenings is therefore about 80 – 100 years, as opposed to metal fastenings, lasting 25 years.

Grayhound was finally launched in August 2012 and has already racked up many seamiles with cargo crossings over the Atlantic. 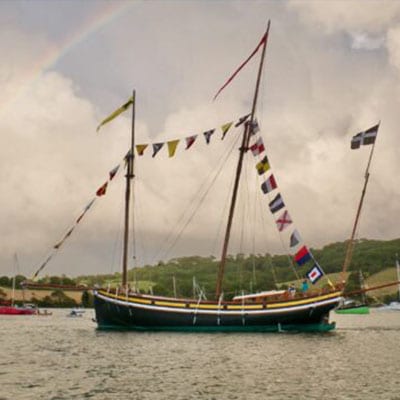 With a multi-national crew comes diversity in knowledge - you couldn't be in safer hands. 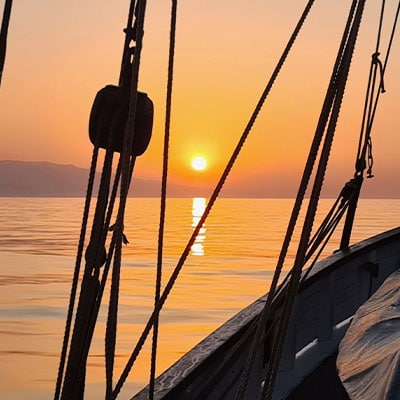 Built-in 2012, Grayhound comes with all the mod cons for comfortable sailing. 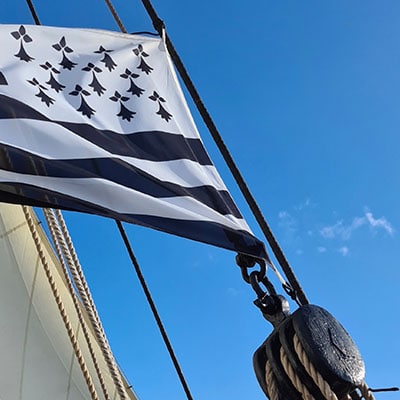 Grayhound is an outstanding replica of the original 1776 customs lugger.