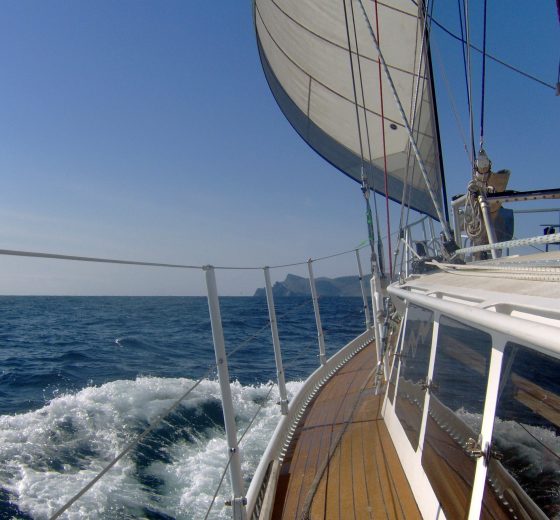 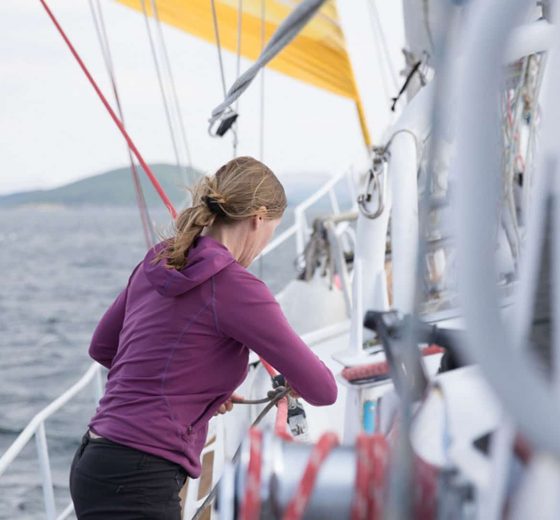 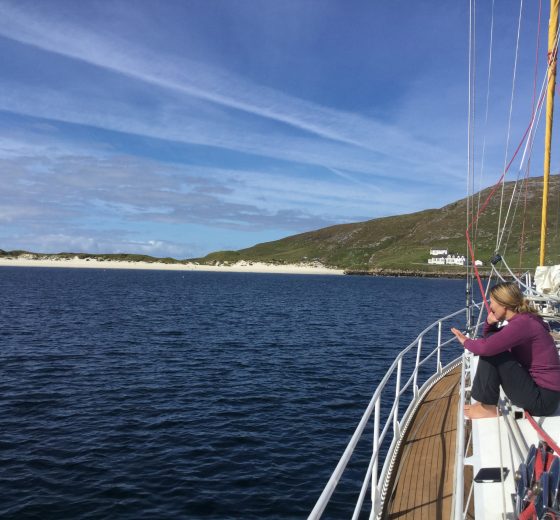 The crew of Zuza work on a rotation basis...

Helen Walker is the lead skipper on Zuza but she works in rotation with Phil and Michelle who have been sailing with Zuza for a few years throughout the season.

Having been a professional sailor for 20 years, Helen has gained some diverse experience on the water. She has worked as a charter skipper, for several sailing schools and sail training organisations, and has gained multiple qualifications in all things sailing along the way.

After discovering dinghies in the Lake District as a teenager, a yacht sailing holiday in the Balearic islands led to Helen taking her day skipper ticket and volunteering with the Ocean Youth Trust. By doing this, Helen was able to log sea miles and learn on the job from a multitude of highly skilled and diverse skippers on lots of different sailing boats. Her first professional role at sea was as a flotilla skipper on the beautiful Dalmatian coast in Croatia. The next 20 years saw Helen in a variety of skipper roles from Brixham trawlers in Devon to the round-the-world challenge boats. She qualified as a yacht master instructor in 2003, enjoying the challenges in this role hugely and working her way up to cruising instructor trainer. This has taken her all over the world from the Caribbean to Australia; but the West Coast of Scotland where her heart is thanks to the variety of wildlife and beauty of the landscape – even when the weather is not at it’s best.

“Sailing from Oban, Scotland just offers so many diverse options to explore this stunning corner of the planet. There are 790 islands in Scotland which vary in culture, language, music and, of course, whisky! The wildlife is spectacular and a photographers dream. A single day can bring otters, many species of dolphins, basking sharks and as for birds… there’s no place like the Shiant islands or St. Kilda for colonies of tens of thousands gannets, puffins, fulmars, guillemots and more. Just a short cruise from Oban takes you to the Treshnish islands, which is the place to get up close to puffins, or to Rum where the Manx sheer waters breed. One of the greatest, almost guaranteed sightings is that of golden and white-tailed eagles – first mate Sarah is a bit of a fanatic and will be on deck spotting most of the time!”
With untouched wildlife, dramatic coastlines and good food, skippering expedition yacht Zuza is a dream come true for Helen.

Out of season, Helen continues to keep her hand-in teaching at sailing schools in the UK and when she’s not at sea, she spends her time around the west coast, generally up a large hill walking, running, biking, or skiing should the climate allow!

When she is not skippering Zuza, Helen will call on her trusted friends and skippers who are sure to maintain her standards and guest experience. 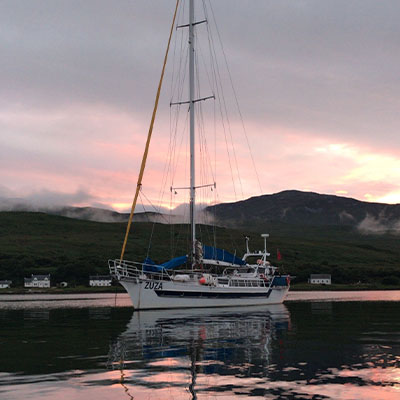 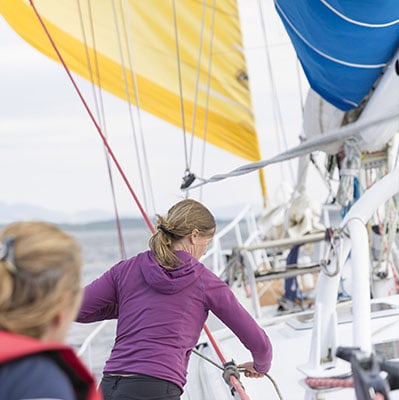 Food is always a special occasion on board, guests can feast on fresh delicious meals after a day of exploring and recording sightings of seabirds, minke whales and dolphins. 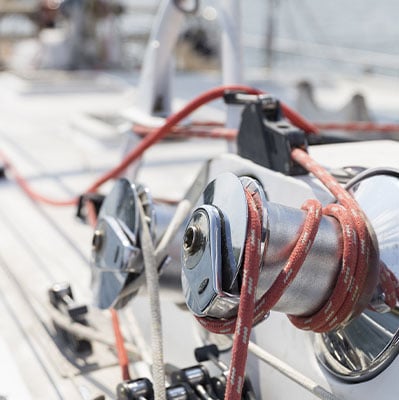 Zuza is a 22m sailing vessel and despite being only just 20 years old has an interesting history in marine research.