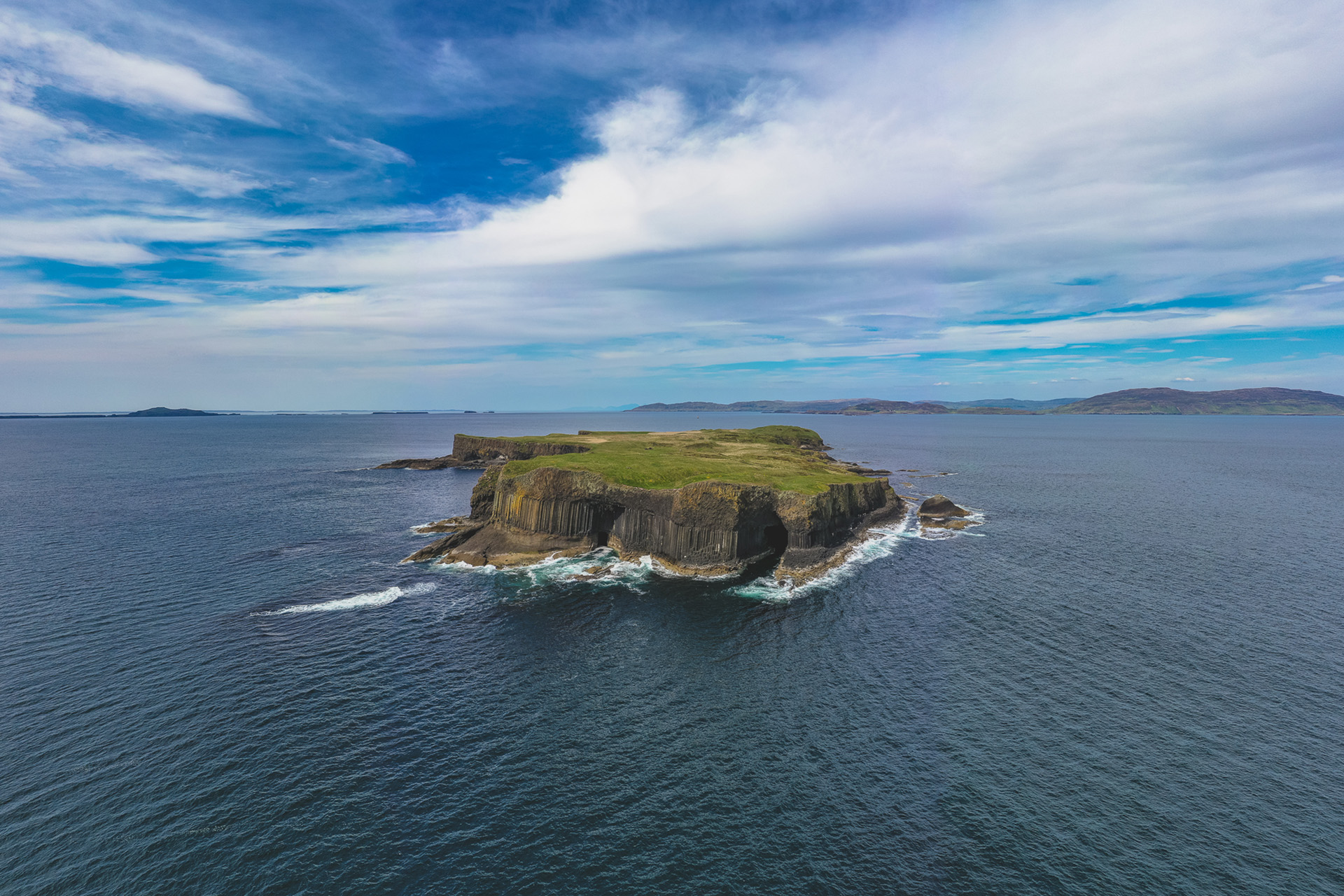 Venture with us to the ancient uninhabited island of Staffa in the Inner Hebrides to discover the mesmerising Fingal’s Cave, located on the southern edge of the island. This incredible and fascinating sea cave towers 227ft over the ocean and is comprised of geometric volcanic basalt pillars, giving the impression that it’s been crafted by human hands instead of carved by mother nature and the elements.

These hexagonal columns, shaped in neat six-sided pillars that make up the interior walls and entering into this strange cavern is truly otherwordly. Aside from these incredible shapes, the acoustics are equally astonishing with the naturally formed arched roof providing the perfect amphitheatre as the ocean crashes in to create haunting symphonies. In fact, the cave was referred to as ‘Uamh-Binn’ – the Cave of Melodies in Celtic due to the harmonious sounds heard here which can be likened to those that resonate throughout a cathedral. It is something that must be experienced first-hand in order to truly understand how unique this is.

The Legend of Fingal’s Cave
When sailing in the Hebrides it soon becomes obvious that these are lands of myths and legends and Fingal’s Cave is no exception. It is believed to have been formed some 60 million years ago by the very same ancient lava flow that created the Giant’s Causeway, across the sea in Ireland. Both are made of the same basalt columns and legend holds that they were the opposite ends of an ancient bridge built by the benevolent Irish giant Fionn mac Cumhaill who discovers that the Scottish giant Benandonner is coming to fight with him. Following a clever deception by Fionn’s wife, which frightens Benandonner to his very core, Benandonner returns to Scotland smashing the bridge behind him so Fionn cannot follow him.

WIldlife on the isle of Staffa
However, it is not solely Fingal’s Cave that lures visitors here. The beautiful Isle of Staffa is home to one of the Hebrides largest puffin colonies, who congregate on the cliffs and spend their days diving into the water from where they return with a beak full of fish. Lucky visitors are able to while away the time observing these comical, curious and colourful little birds without disturbing their natural environment. For those wishing to see puffins, we recommend visiting during the breeding season, between the start of May and the start of August when the birds have their distinctive colourful beaks. Aside from puffins, there are numerous other seabirds that either nest or feed from the island including gannets, guillemots, razorbills, great northern divers, fulmars and great skuas.